You are here: Home1 / Homes for Sale

Tag Archive for: Homes for Sale

A new trail was added to the now 1,527 acres of Buffalo Creek Park making it one of the largest town owned parks in North Carolina. This past Friday, May 4, the Ribbon Cutting ceremony was held at the Bald Mountain Farm just inside Rumbling Bald Resort for the official Grand Opening of the Weed Patch Mountain Trail. The backdrop to this ceremony held gorgeous views of Eagle Rock and the beautiful legacy farm and home on the property. 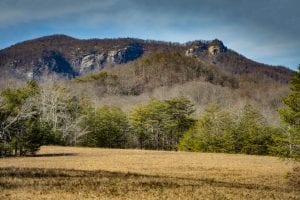 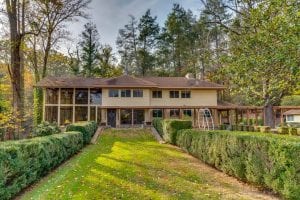 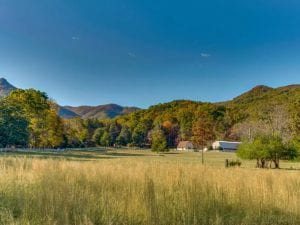 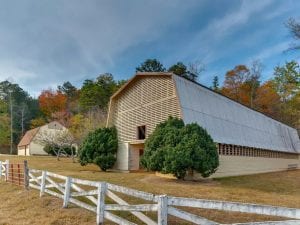 This new trail is 8.6 miles and offers hikers, bikers and climbers access to breathtaking views, clean mountain streams and massive rock formations. Excitement awaits! From the average hiker to the most advanced backpacking and rock climbing thrill seekers. 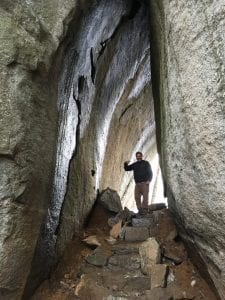 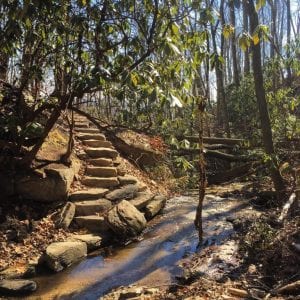 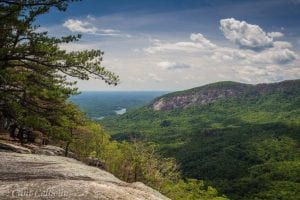 The ceremony celebrated the culmination of nearly a decade of conservation and recreational trails and honored the completion of the 8.6 mile Weed Patch Mountain Trail that connects Buffalo Creek Park to Eagle Rock.

The additional acreage to the Town of Lake Lure’s Buffalo Creek Park makes it 1,527 acres and one of the largest municipally owned parks in North Carolina. 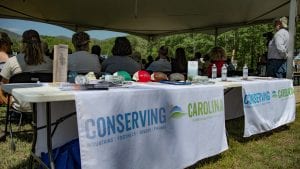 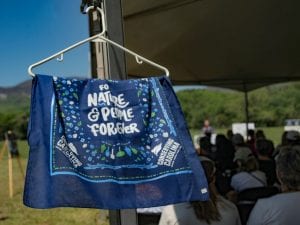 For more information including a map of the Weed Patch Mountain Trail visit https://conservingcarolina.org/weedpatch/

In 1902, Dr. Lucius B. Morse and his brothers purchased 64 acres around Chimney Rock for $5,000.  They later acquired enough land to bring the total to 8,000 acres.
in 1925, the family created Carolina Mountain Power Company and began construction of a dam on the Broad River.  What was born from this ambitious project was the town of Lake Lure.

Encompassing 720 acres and 27 miles of shoreline, Lake Lure enjoys its proximity to larger towns like Asheville and Charlotte.  Within 100 miles of four states, it’s a wonderful destination for water skiing, boating, fishing, golfing, and hiking.

What is it known for?

Always intended to be a resort town, Lake Lure has played host to US Presidents, foreign dignitaries, authors, celebrities and the like.

Lake Lure has been used numerous times as a filming location for major motion pictures including My Fellow Americans, The Last of the Mohicans, and most famously, Dirty Dancing.

In 2006, Lake Lure was chosen as the location for the HGTV Dream Home where a lucky winner was given an incredible custom home and an SUV.

Where do you want to live?

Why, the lakefront of course! The location of the lake allows for both “big water” views and expansive vistas of Hickory Nut Gorge, Chimney Rock, and the surrounding mountains.
While Lake Lure has several small subdivisions and plenty of rural housing, the largest community is Rumbling Bald Resort on Lake Lure.  Inside the 3,600 acre resort lies Fairfield Mountains-a gated, mixed-use community with two championship golf courses, a private beach and marina, restaurants, tennis courts, a pro shop, an spa and fitness center, and both an indoor and outdoor swimming pool.  Prepare to pay a one-time initiation fee of $5,000 and $2,129 yearly POA dues.
Firefly Cove is another option for those looking to have lower association dues though the amenities are not quite as expansive. However, Firefly Cove does offer a community lodge with a fitness room, billiard room, and a large gathering room as well as an outdoor pool and a small marina.  Perhaps Firefly Cove’s biggest “claim to fame” is that it was built on the same cove made famous by the film “Dirty Dancing”. You know; the cove where Patrick Swayze and Jennifer Grey are practicing lifts…

As we mentioned earlier, Lake Lure is in wonderful proximity to larger towns.  Asheville is only a 45 minute drive.  Charlotte is about an hour and fifteen minutes.  Hendersonville is only 25 minutes and Greenville, South Carolina is around 45 minutes.
Much closer however is the small village of Chimney Rock, which is of course famous for its 315-foot monolith of the same name. The natural formation now resides in the newly-formed 4,531 acre Chimney Rock State Park.  Below “the Rock”, you’ll find a charming village filled with shopping and restaurants.
Asheville Regional Airport is closest though Charlotte-Douglas Airport is one hour away and Greenville-Spartanburg Airport is only a 45 minute drive.
While both Lake Lure and Chimney Rock offer modest accommodations, we’d recommend renting a lakefront home from a property management company like Lake Country Vacation Rentals.

Lake Lure has around 1,200 full-time residents. In the summer though, the population can balloon up to around 10,000.  That’s because many of the homes in the area are second or even third vacation homes.  Because of the provenance of Lake Lure has always been a playground for the slightly more affluent, the real estate market was slower to be affected by the downtown.  2009 proved that no market was immune however, and sales began to drop sharply. Flash forward to 2012 – Lake Lure has now “market-corrected” and though prices have dropped considerably, sales are now returning to the area.

For information regarding Lake Lure Real Estate and to view all listings available, visit pinnaclesir.com