You are here: Home1 / Market Report

2018 has been a great year for Pinnacle Sotheby’s International Realty. We have added three exceptional new agents – Wes and Cathy Cleary of TEAM CLEARY who had the company’s highest listing that resulted in the highest sale of the year and Alan Rieger, who sold his first home with the company less than a month after signing on.

We ended the year with a 35% increase from 2017 and finished with over $22 Million in our Volume Sales!

We have expanded our geographic interest by adding Lake James and Lake Lanier to our waterfront focus and also have agents licensed in South Carolina. 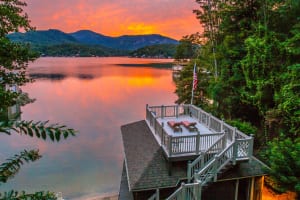 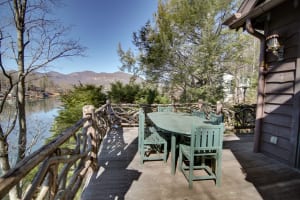 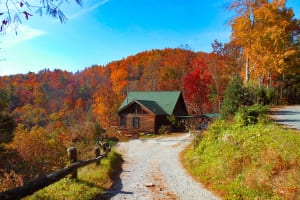 When your home is represented by the Sotheby’s International Realty® brand it benefits from the worldwide recognition and prestige of the Sotheby’s name and gains exclusive access to highly qualified global clientele.

For those looking to sell their luxury estates, our experienced associates are equipped with the marketing tools needed to ensure your property is presented to a global audience of qualified and interested buyers. Our luxury real estate marketing is designed to give you the competitive edge by increasing interest in your property and engaging our audience both online and off. The Sotheby’s International Realty network acts exclusively on behalf of our client’s individual needs and offer the utmost discretion when helping market and sell your estate.

When a listing is marketed through the Sotheby’s International Realty network it immediately begins a journey to worldwide exposure!

Our office has closed over $6.5 million in real estate just this month!

Looking at the nation’s housing and economic indicators, there is plenty of positive news to justify continued investor optimism in 2015.

The housing recovery has progressed in fits and starts this year, with historically low mortgage rates and the strongest job gains since 1999 slowly luring buyers into the market. The average 30-year, fixed-rate mortgage was 3.93 percent in the week ended Dec. 11, down from 4.53 percent at the start of January, according to data from Freddie Mac in McLean, Virginia.

At the 2014 Realtors Conference & Expo, Lawrence Yun, chief economist for the National Association of Realtors, or NAR, predicted a rebound for existing home sales for the next two years, and he projects the national median existing-home price will rise at a moderate 4 percent in each of those years.

Two major concerns remain: tight lending standards, which continue to keep people who could otherwise afford to buy a home from qualifying for a loan to finance the purchase, and interest rates, which are expected to hit at least 5 percent by year-end. However, as the run-up in home prices decelerates and lending standards become less strict, homeownership may become more attainable for many Americans. Starting Dec. 13, Fannie Mae is allowing lower down payments for first-time buyers and permitting borrowers who are refinancing to reduce equity to 3 percent to cover closing costs.

U.S. millionaires see real estate as the top alternative-asset class to own this year, according to Morgan Stanley.

About 77 percent of investors with at least $1 million in assets own real estate, according to a survey released today by the New York-based investment bank’s wealth-management unit. “After a year where the Standard & Poor’s Index rose 30 percent, some millionaires are moving money out of traditional, long-only strategies to find outperformance, and turning toward alternatives such as real estate and private equity,” said Gary Kaminsky, a vice chairman at Morgan Stanley Wealth Management in New York. “Sophisticated, high-net-worth investors are much more concerned about losses.”

Wealthy foreigners have bought high-end U.S. properties for their safety and because they’re denominated in dollars, the world’s reserve currency, he said. This helps domestic millionaires maintain the value of their property investments. This is creating competition, which drives U.S. real estate prices up. U.S. sellers have multiple channels to sell into which gives them more liquidity.

THE FORECLOSURE AND REO MARKET

The number of U.S. properties in the process of being foreclosed upon dropped last year to its lowest level since 2006, real estate data firm RealtyTrac said on January 15th, 2015. In total, 1,117,426 properties were at some stage of foreclosure proceedings in 2014, down 18 percent from 2013 and off 61 percent from the peak of the aftermath of the housing collapse in 2010, when 2,871,891 properties had foreclosure filings under way. The data for the year overall showed the foreclosure market is “close to finding a floor and stabilizing at a historically normal level,” Daren Blomquist, vice president at RealtyTrac, said in a statement.

Overall, the 4th quarter of real estate sales in Western North Carolina continued the trend of a slightly improving market; especially in the more affluent areas of Asheville and Hendersonville.

The Grove Park area, along with Beaver Lake and Reynolds Mountain show 27% increase in sales price and a 22% increase in units sold.

South Asheville including Biltmore Forest, The Ramble, and Biltmore Park also posted a higher 4th quarter compared to 2013, as did both Champion Hills and Kenmure in Henderson County.

Lake Lure again showed a decrease in overall sales despite the second highest sale on the Lake happening in December.  Thankfully, activity has returned to Rumbling Bald Resort, which didn’t record a single sale last quarter and is only slightly down from the 2013 4th quarter.

This was definitely a wonderful year for our office and indicates that real estate in Western North Carolina is on the rebound.

The Market Report for the 2nd Quarter of 2014 is now available. Click here to read.